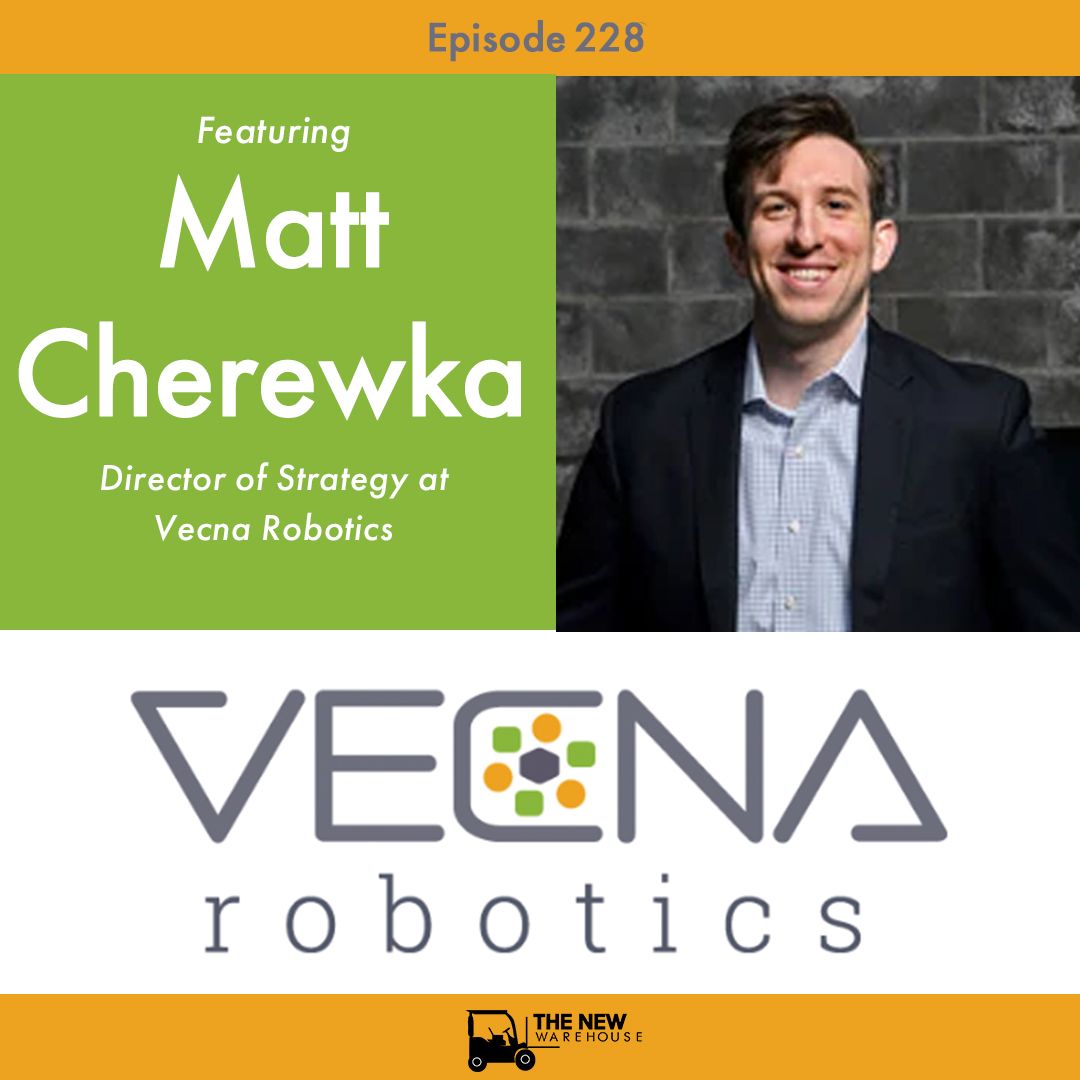 Written by Kevin Lawton on November 15, 2021. Posted in Podcasts.

On this episode I was joined by Matt Cherewka of Vecna Robotics. Matt is the Director of Business Development and Strategy at Vecna and you may remember I spoke with him previously during ProMatDX earlier this year. We discussed the market for AMR’s over the last year and half, the Mark 3 software update and interoperability standards.

Listen to the episode below and let us know your thoughts in the comments.

For more information on Vecna Robotics head to their site here.

To connect with Matt find him on LinkedIn here.