Episode 44 – Micro-fulfillment and Ecommerce in India with Harsh Vaidya

On this episode I went across the globe to connect with Harsh Vaidya in India. Harsh is the CEO of WareIQ which is a company focusing on bringing micro-fulfillment to India to allow greater access to the different regions of India for e-commerce companies. We had an incredibly interesting discussion on the current state of distribution in India as well as ecommerce in India. Harsh is actually a former colleague of our guest from Episode 27, Rick Watson, who discussed ecommerce with us as well. I learned a lot about the logistics infrastructure in India and I hope you do as well. It is a very interesting comparison of distribution and ecommerce in the United States versus India.

Distribution and Ecommerce in India

What was really interesting about this discussion was learning about the different aspects of distribution and ecommerce in India. When we look at ecommerce in the United States it is incredibly developed in comparison. Ecommere in India is just about 10 years old so it is fairly young and still developing. Harsh mentions that when he initially started looking at the opportunities to work on ecommerce in India the service level was 7-15 days to receive a package from time of ordering. Hard to even imagine that when we are so accustomed to 2 day shipping and next day shipping.

One of the big factors for such a long delivery time is due to the still developing logistics infrastructure in India. While the metro areas are seeing improvements there are still many outer regions and secondary locations that are not being fully serviced. Harsh points out that there is no go to parcel company like UPS or FedEx. There are many smaller companies that serve different regions which makes it difficult to coordinate shipping to get to certain areas.

Just like in the United States, Amazon is pushing the capabilities of companies to improve their service levels and are creating more accessibility to ecommerce in India. Walmart is also a big player in the country. Both of them recognize the need for logistical infrastructure improvement so they have their own transportation that helps them to deliver packages within just a few days.

Additionally, in contrast to America there are many mom and pop type stores mixed within residential areas. Companies like Amazon have tapped into these stores and are utilizing them as points of fulfillment to get product to consumers faster. This is also helping to expand the business of these smaller stores instead of ecommerce putting them out of business which I think is really great.

Hearing where India is at in terms of distribution and ecommerce, I can only be left with the impression that there is a lot of opportunity in India for those looking to help improve the logistics infrastructure.

What Gap Does WareIQ Fill?

WareIQ specifically focuses on helping the smaller ecommerce companies service their customers. They do this by providing the logistics infrastructure for theses companies. By leveraging their distribution network they are able to provide greater reach to these companies who would not be able to do so otherwise and most importantly they allow them to provide competitive service levels. In my opinion, giving them the ability to compete on service level is the critical piece as it is difficult for smaller companies to keep up with the likes of Amazon and Walmart as they have larger resources to combat the still developing logistics infrastructure.

As Harsh discusses, WareIQ is really allowing for those starting up ecommerce companies that are working out of a home office to be competitive on the logistics front. Not only do they handle storing and delivering the product but they also handle the back end of reverse logistics as well. It is a full suite that gives great opportunity for people looking to build a business in India.

Take a look at the slides below for more information and listen to the episode below. Leave a comment and let us know what opportunities you see in the growing ecommerce space in India. 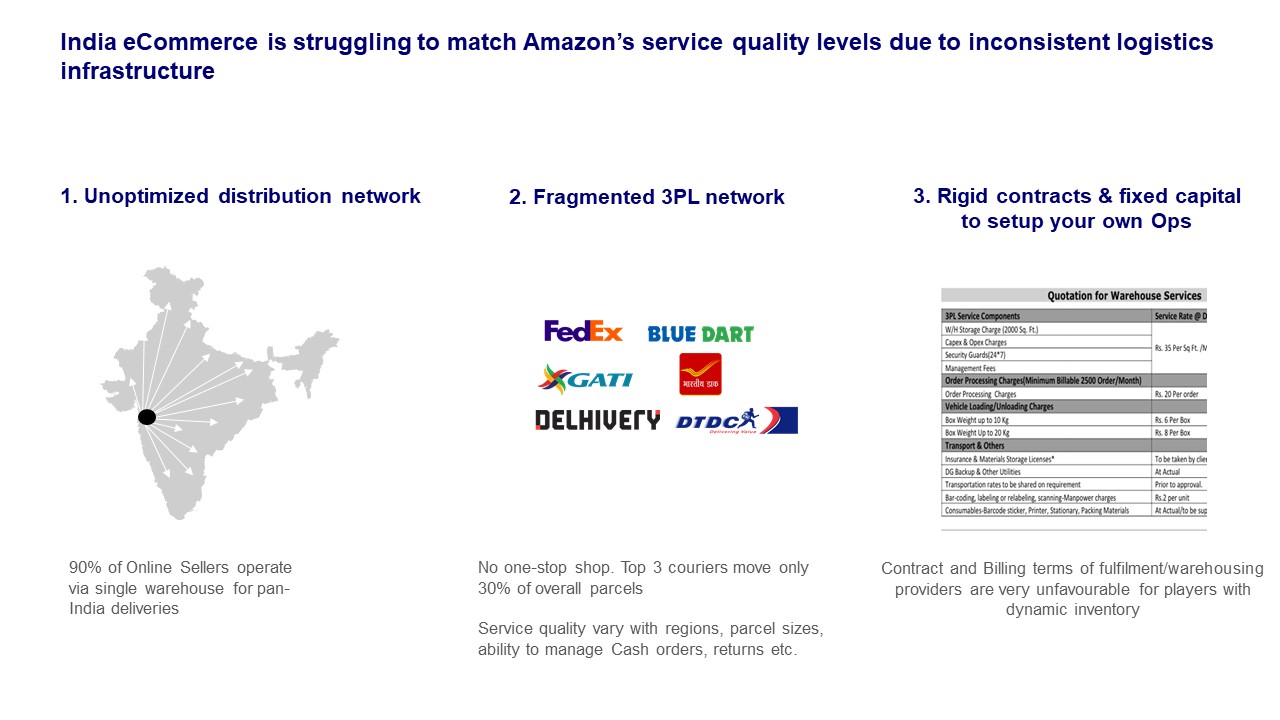 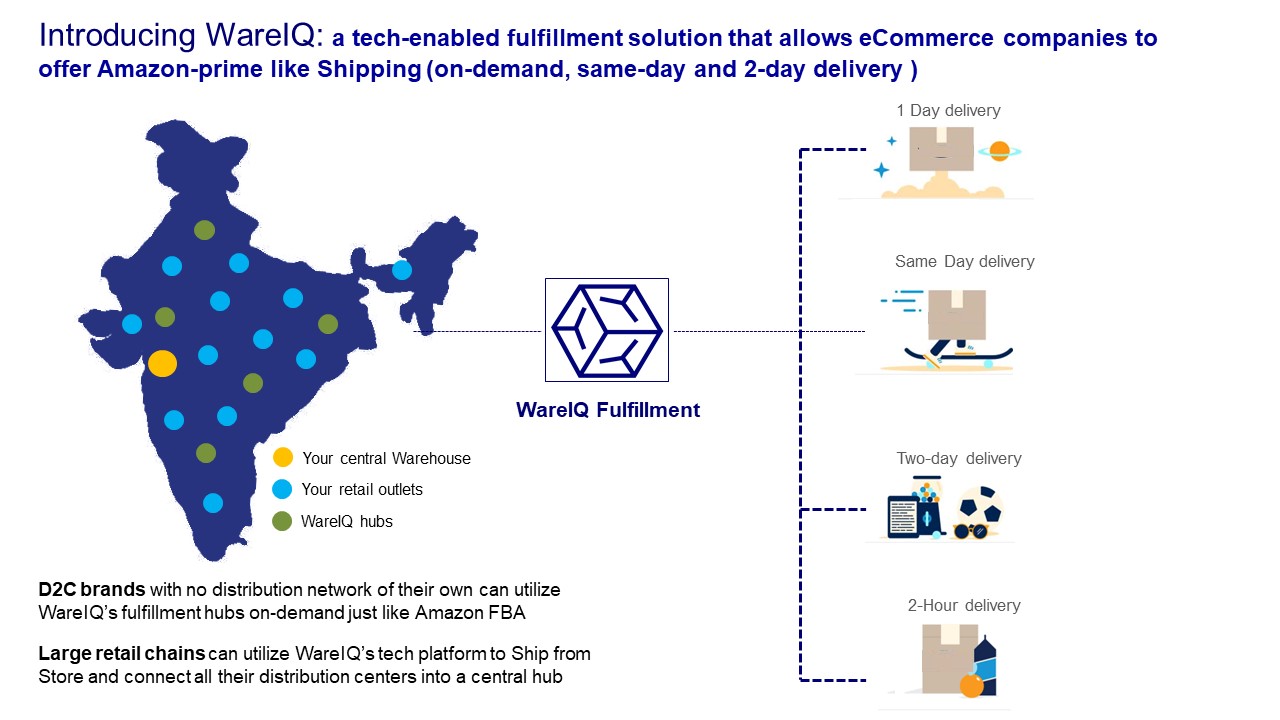 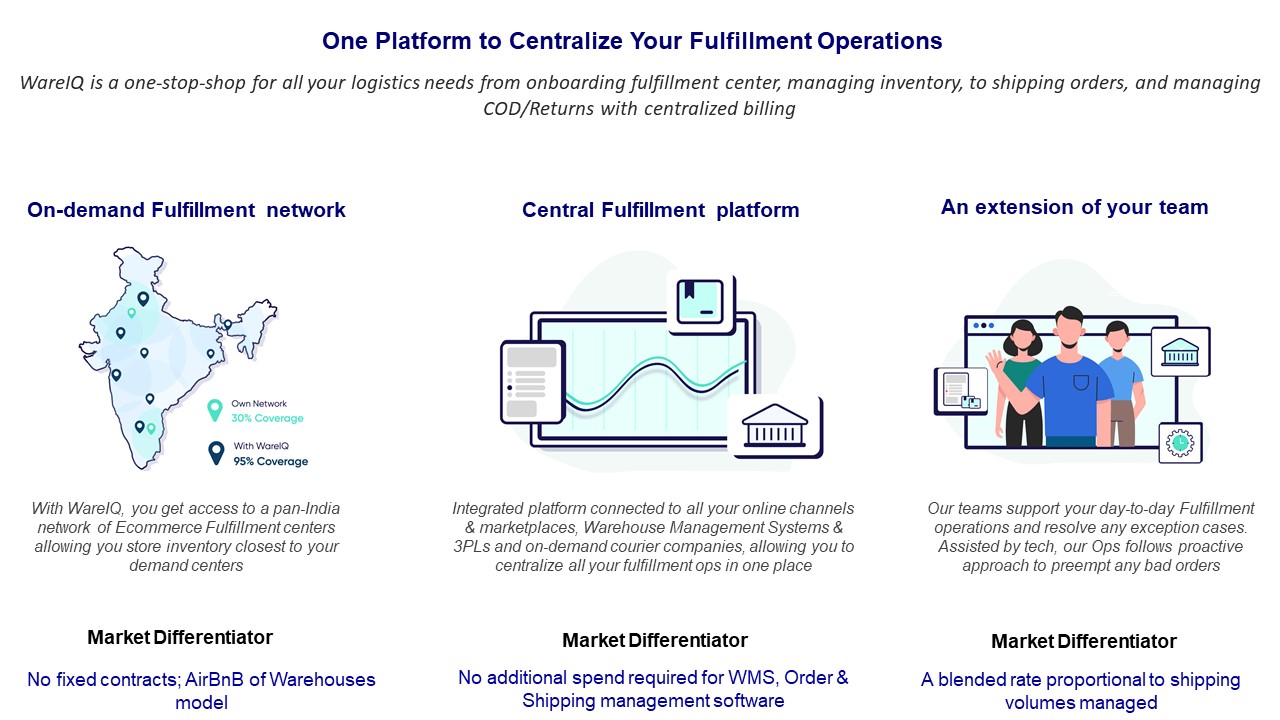 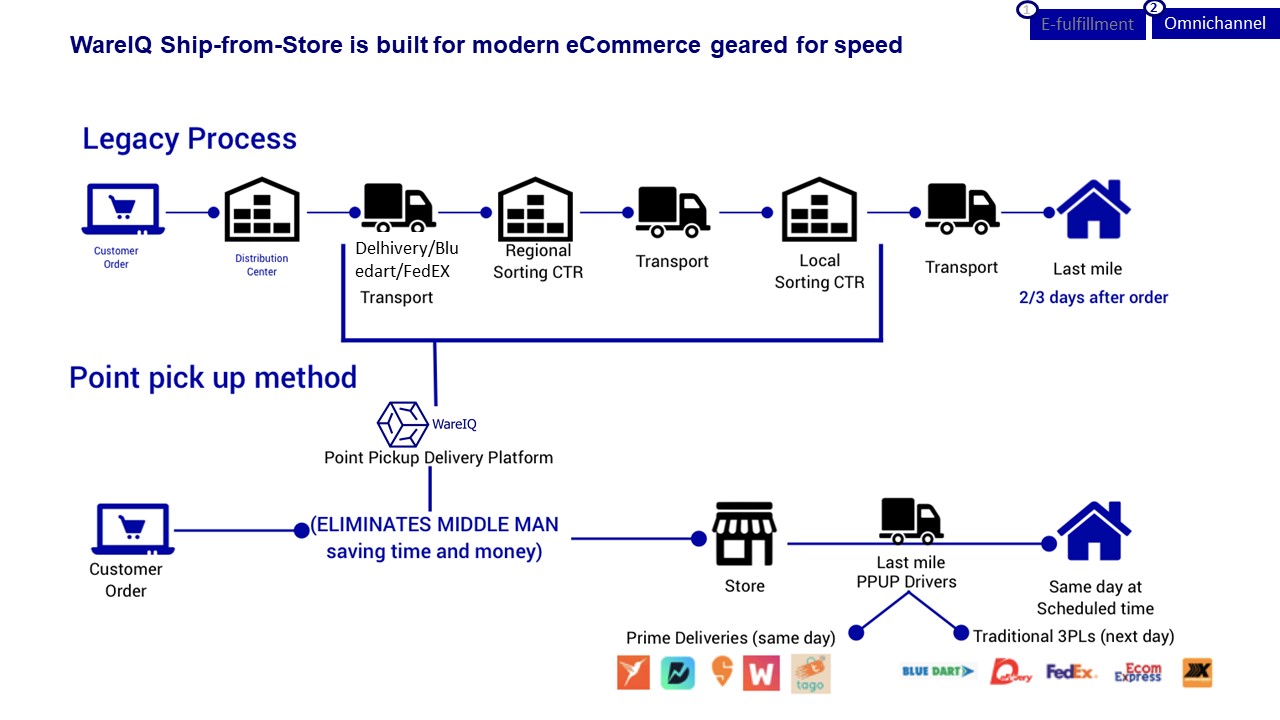 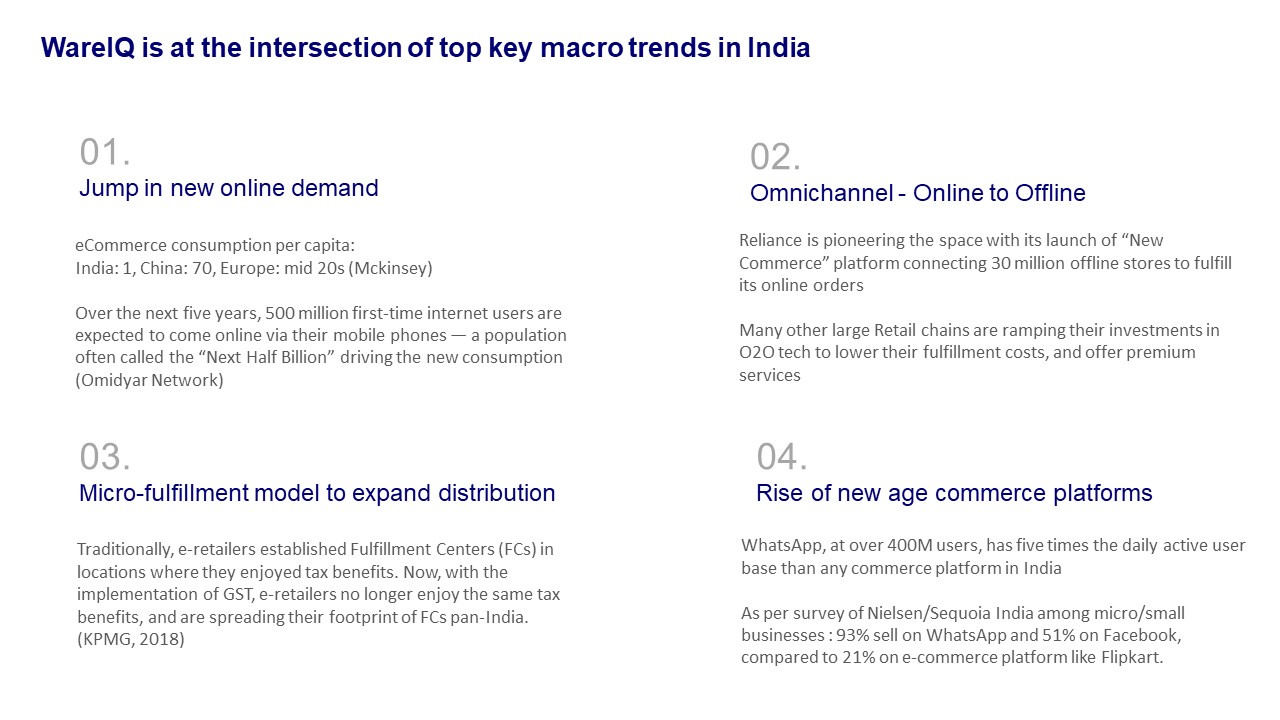 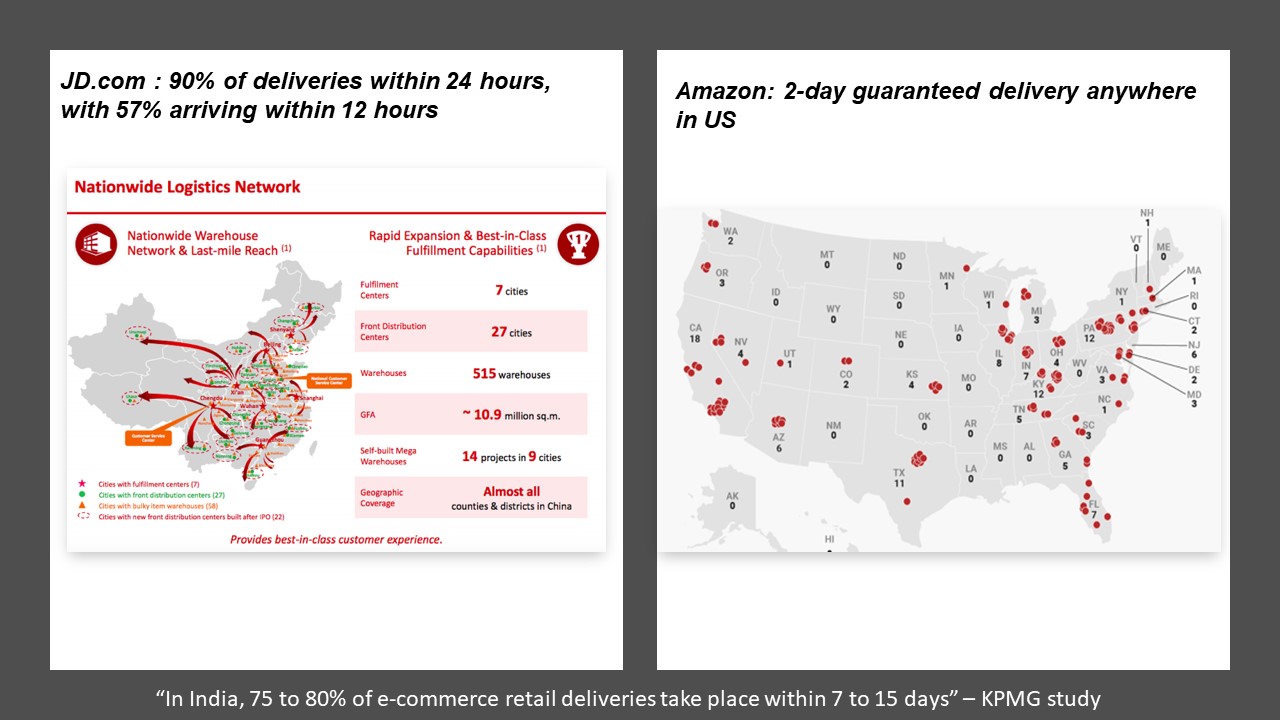 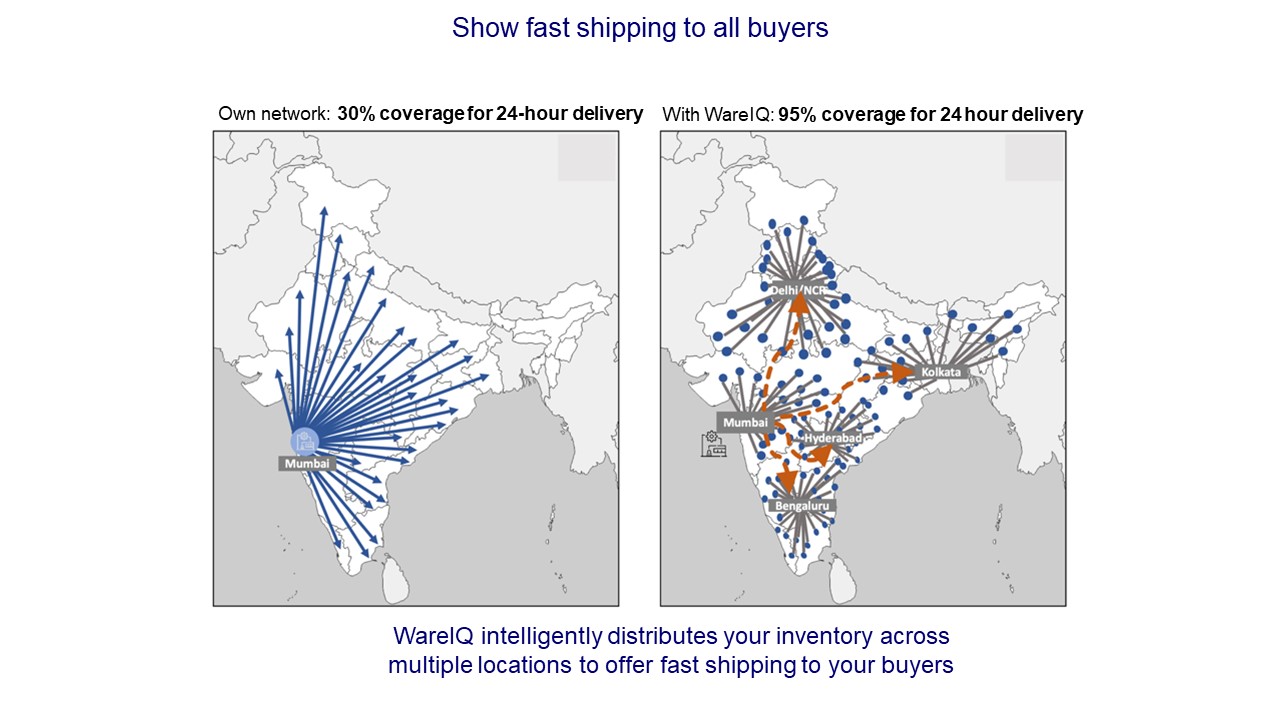 For more information on WareIQ check out their website here.

To connect with Harsh you can find him on LinkedIn here.